A director -under 40- of the Youth Ministry of the Diocese of Turin asks two architects -under 30- to transform a ruin into a centre of aggregation and training for young people.

Discover the project
See the gallery


In the centre of the lot of the Minor Seminary of Turin, the ancient mansion of Count Gazzelli da Rossana, under superfetations accumulated over the years, there is an eighteenth-century building, recognised as an ancient noble chapel. The brilliant director of the diocesan Youth Ministry, recognising the great potential of the complex for the activities of young people, launched the proposal to transform the old ruin into a real point of reference for the Youth Ministry.

The intervention, which moves in a context of great delicacy due to the constraints of landscape and architecture that insist on the building, aims to bring to light the old profile of the former church, used for years as a deposit (on the ground floor) and classrooms (on the first floor). In addition to a profound redistribution, the intervention focuses on eliminating the large roof that covers the west facade, making invisible from the outside the scanning of pilasters and arches that characterizes the side facades.

Instead, a parallelepiped volume covered in corten is created, which reproduces the geometry of the arch on the façade, but with modern, sober and innovative materials, such as to denounce their era and unambiguously highlight the characteristics of the historic building, which includes a conservative renovation of the damaged facades. From a functional point of view, the project includes offices on the first floor and two flexible lounges on the ground floor, in direct communication with the garden to the east and the equipped area created for the Exposition of the Shroud. 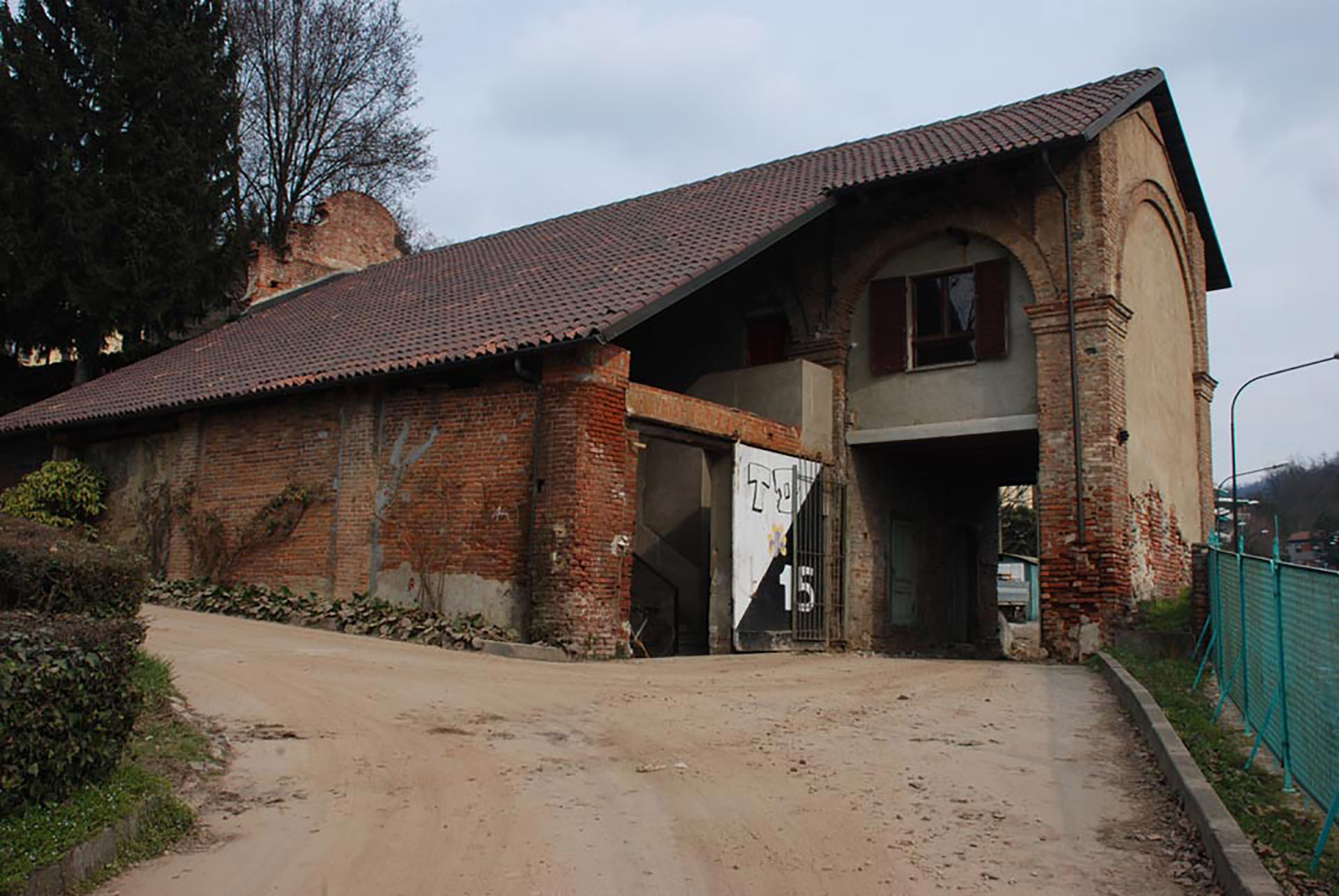 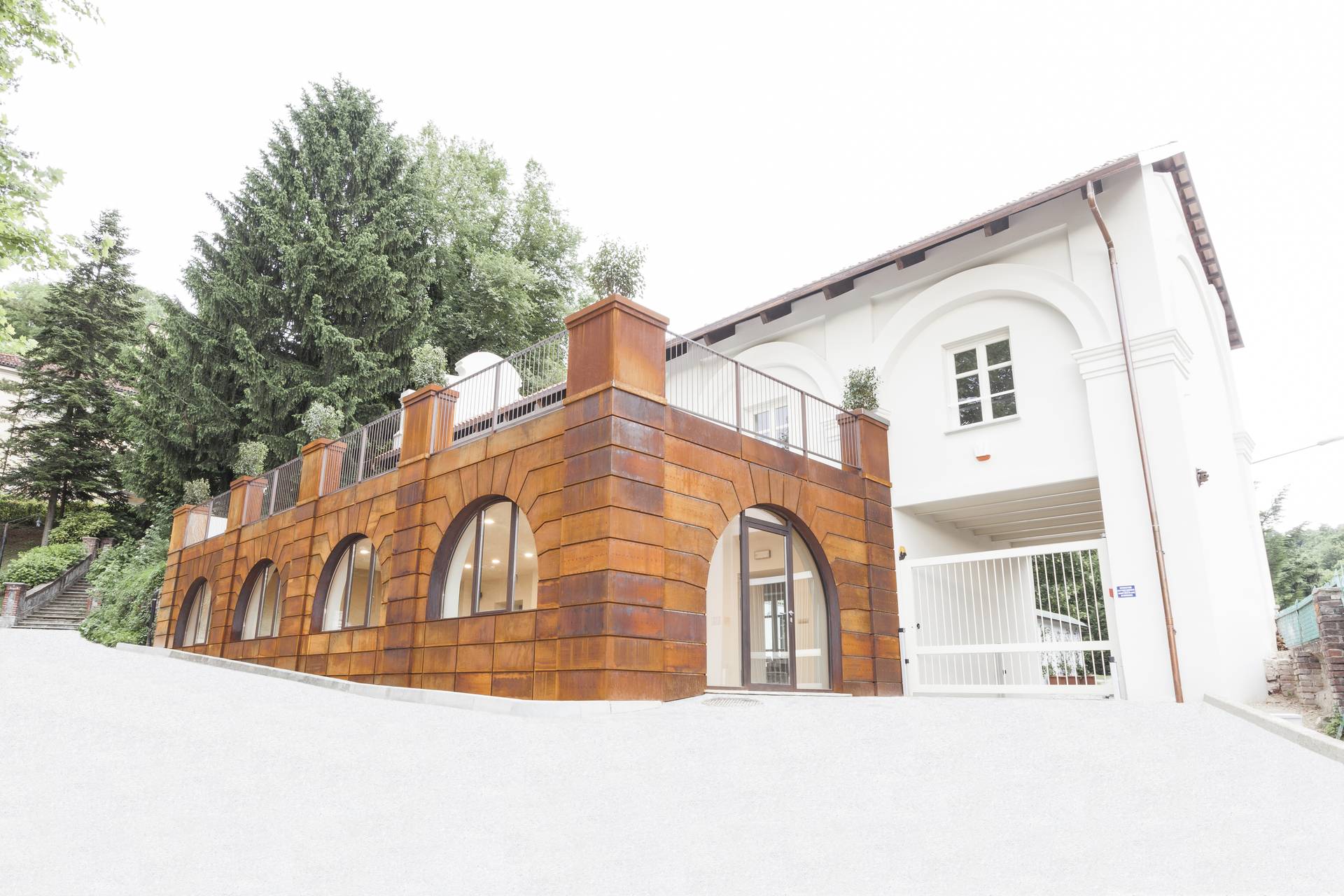 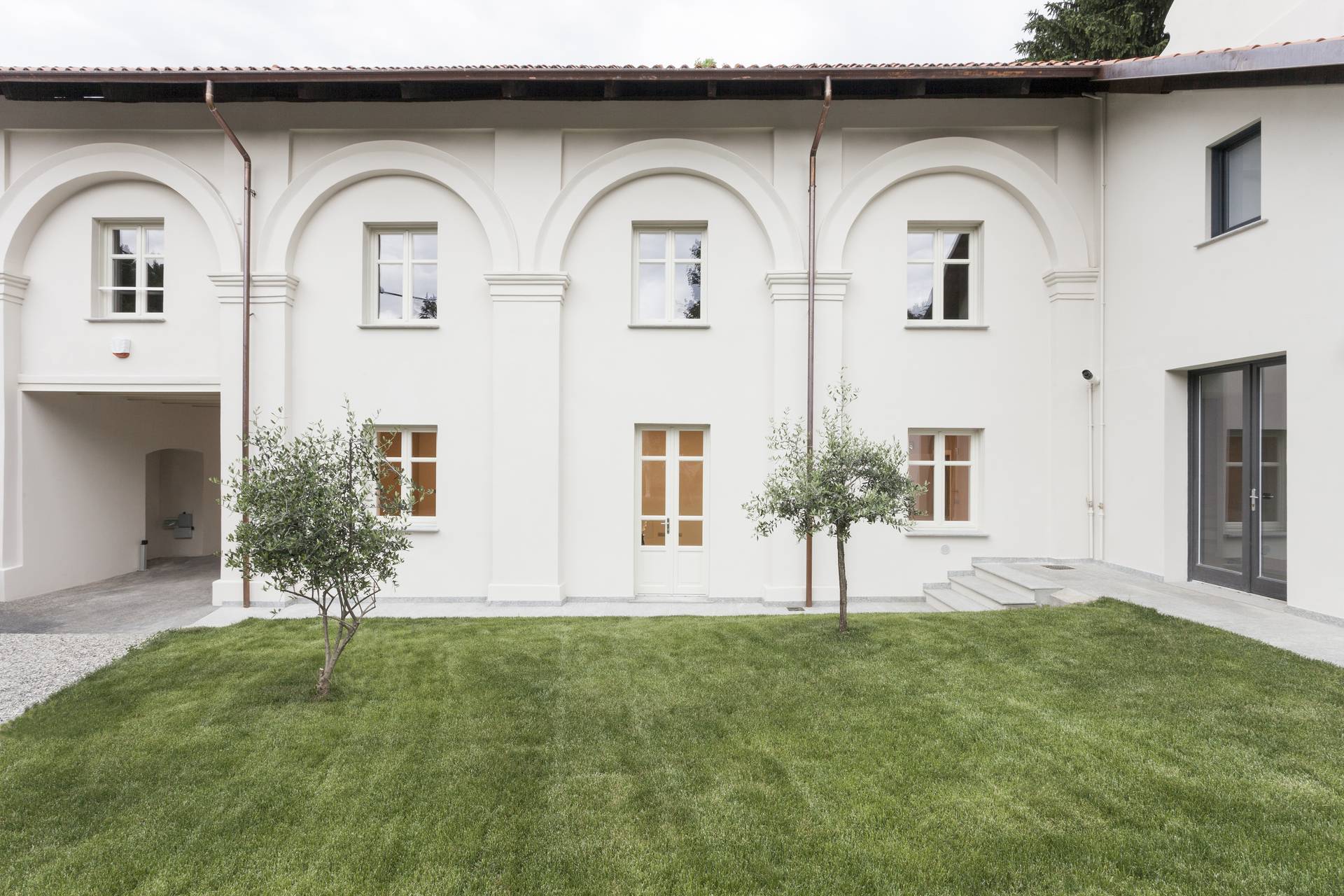 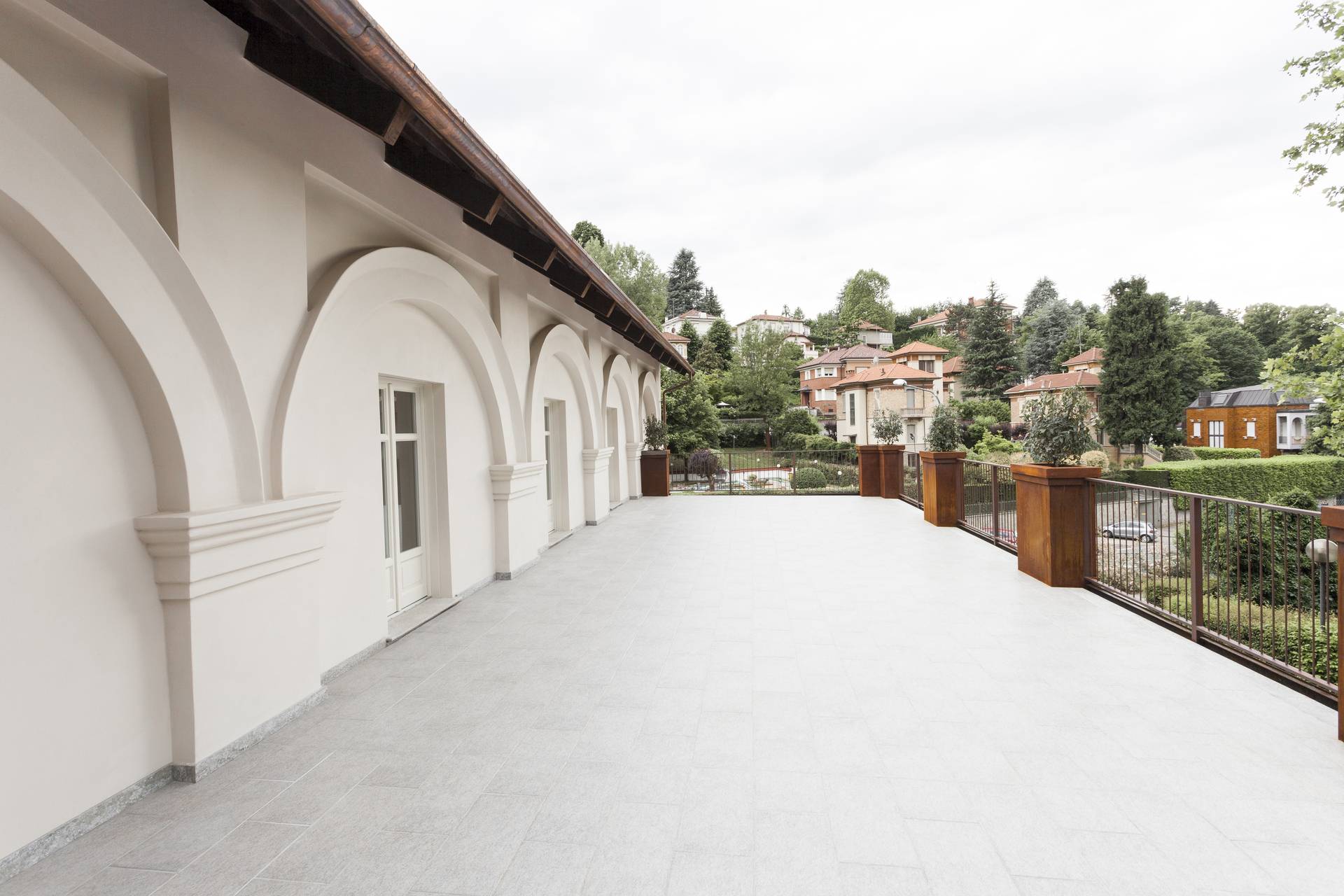 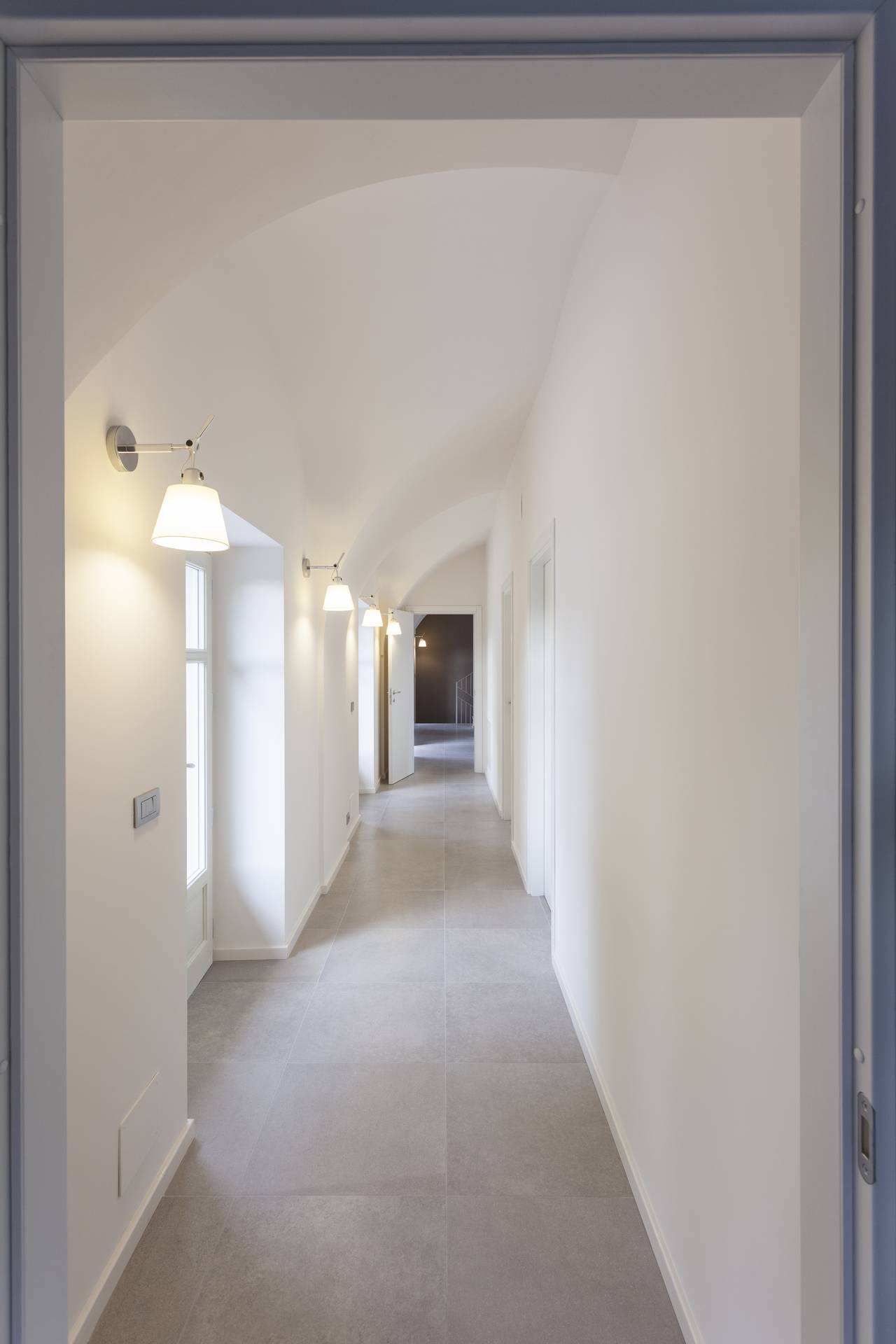 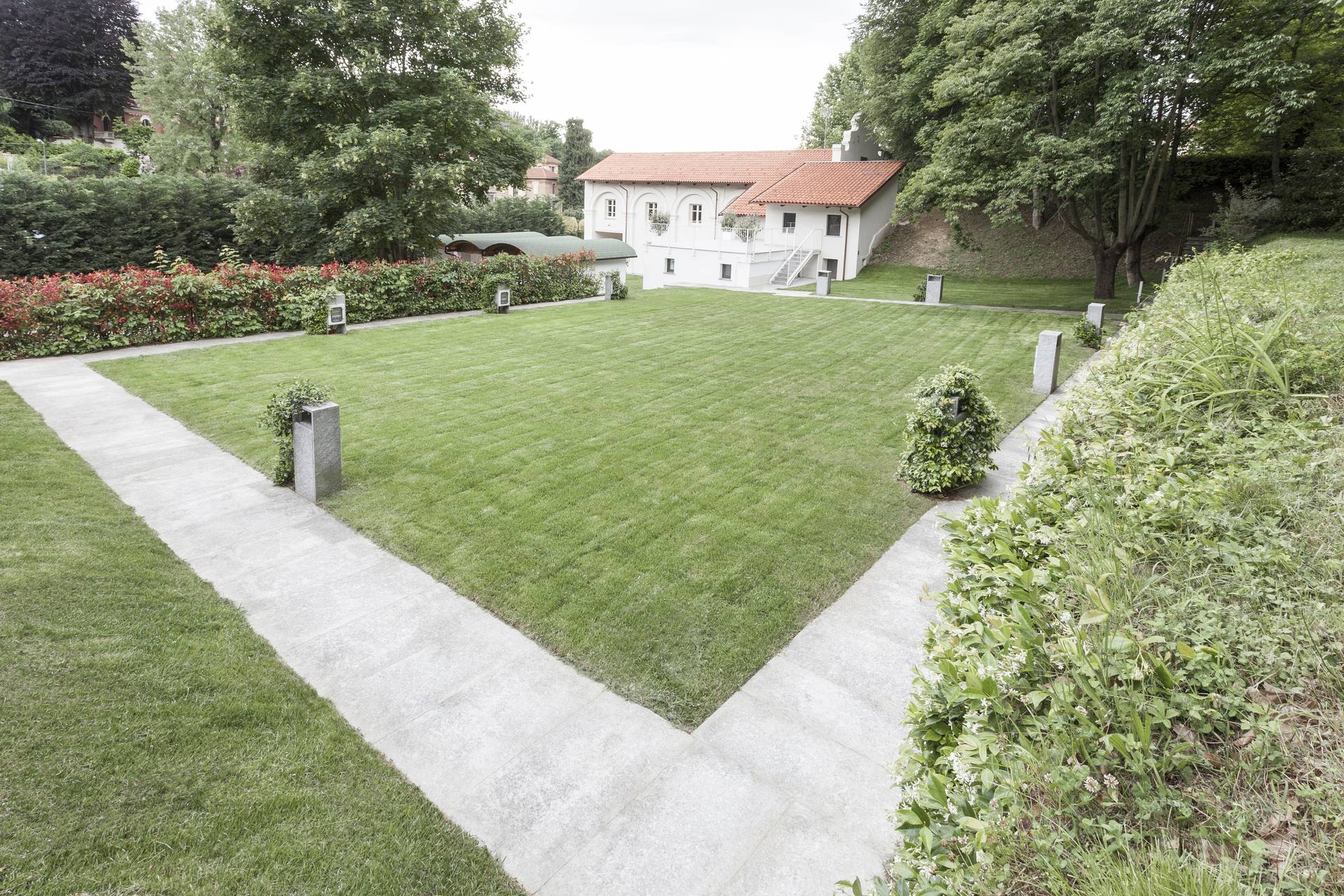 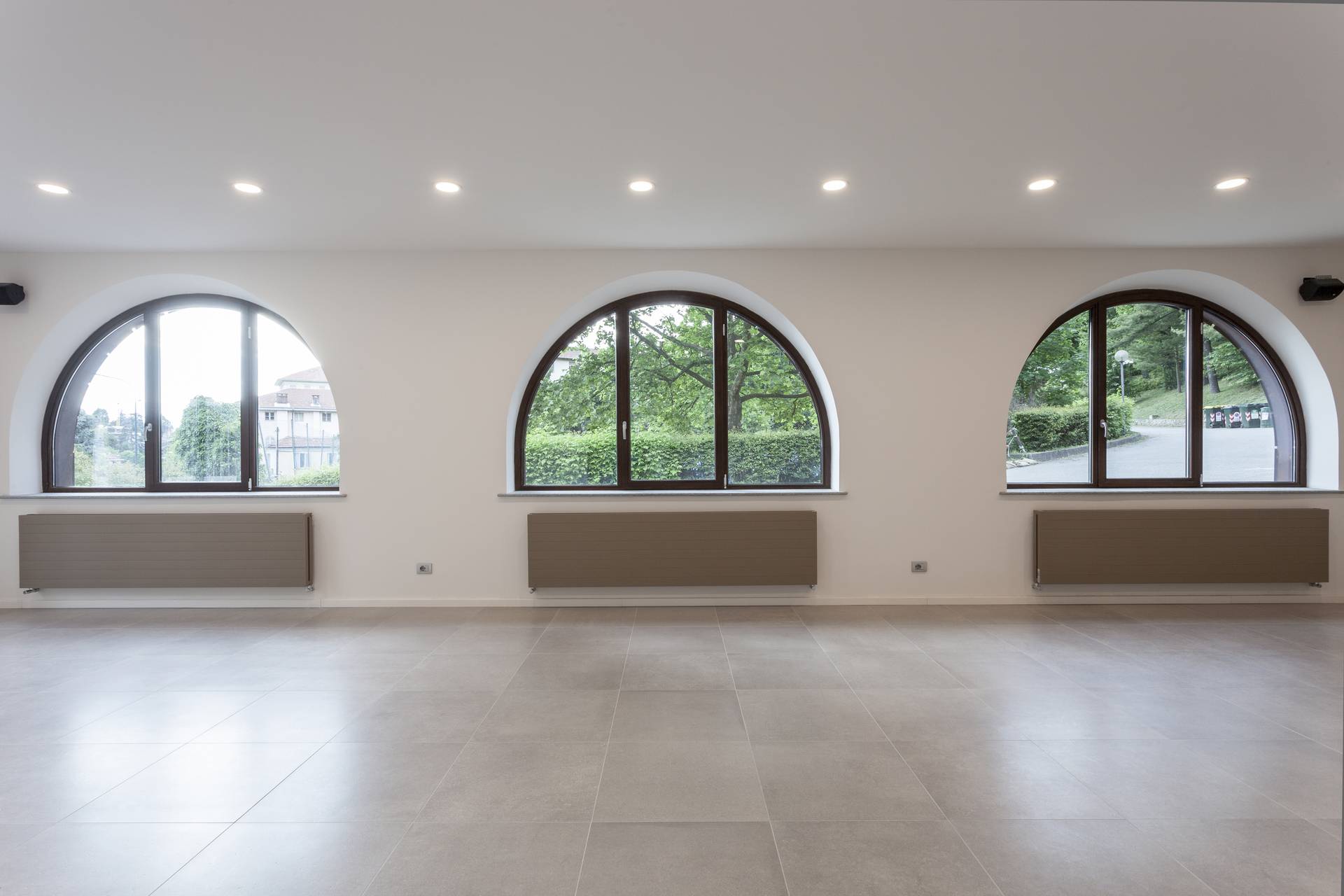 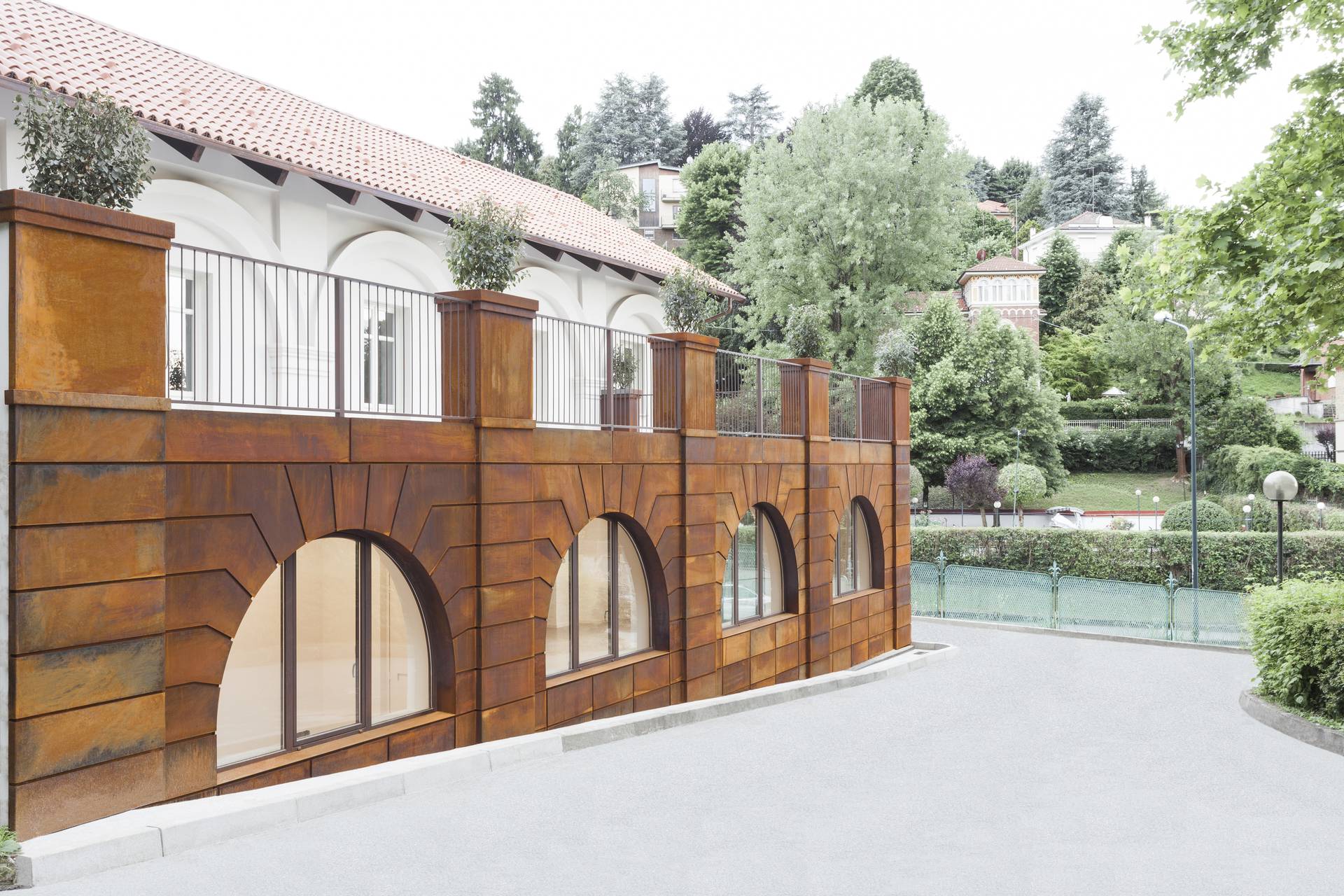 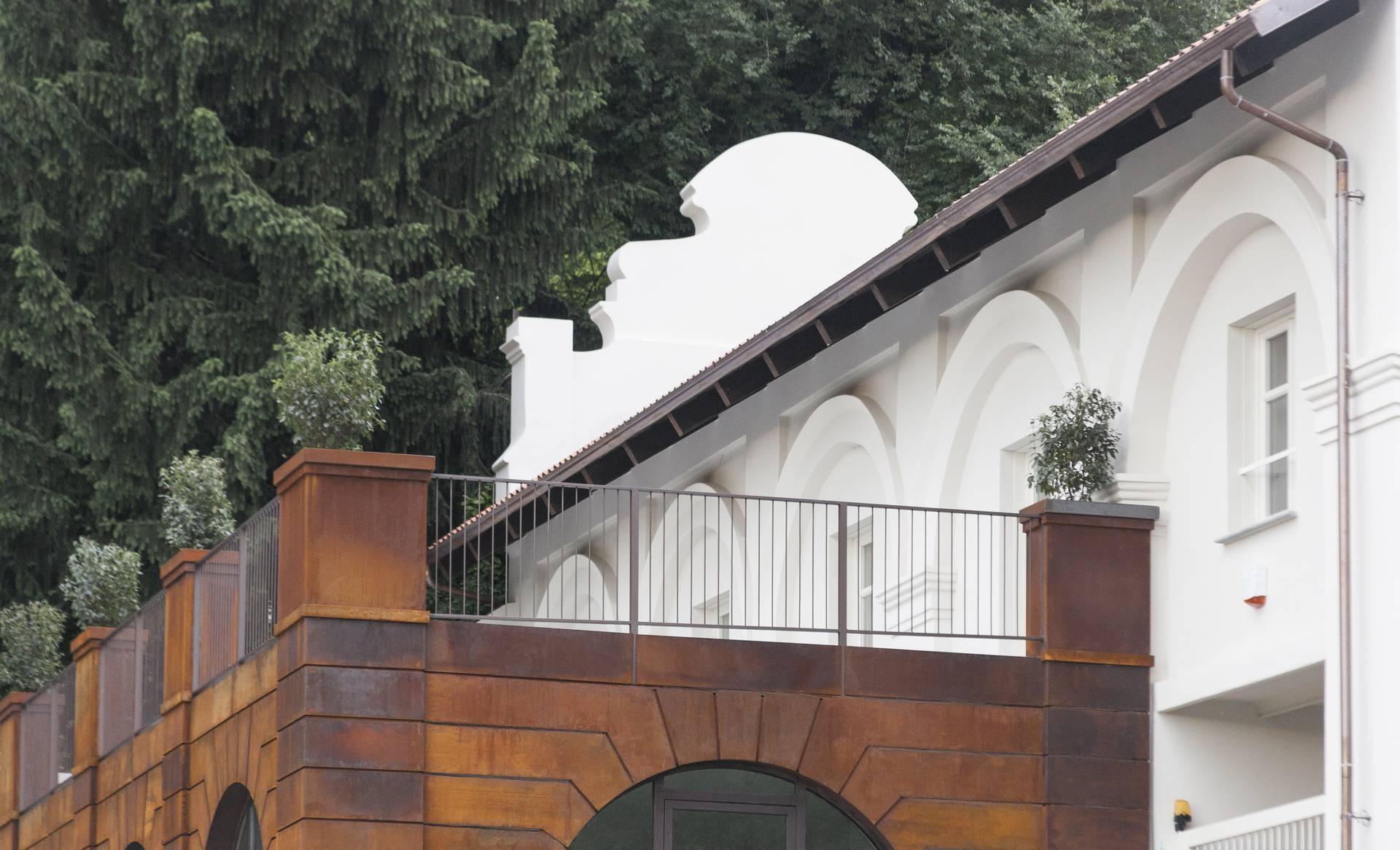